On this day, the people of the Philippines cast their ballots in a general election for president in the second election held in the Commonwealth era. President Manuel Luis Quezon, the incumbent, won a second term in a landslide, as did his running mate, Vice President Sergio Osmeña Sr.

As election day transpired,, freshly arrived American forces continued to settle down in the Philippines, and more were on the way.
At 0300 that morning, a Boeing B-17D Flying Fortress bomber, serial number 40-3067, only recently arrived in the Philippines itself, took off from Clark Field and flew for Australia on a classified mission. She was one of the few B-17s that were in camouflage paint at the time. Newly arrived commander of air forces in the Philippines, Major General Lewis H. Brereton, went to Australia on this 12-day mission to pave the way for American aircraft routes to be used to deliver aircraft to the Philippines from Australia as well as use of Australian bases in time of war. Although it came at an inopportune time, as Brereton had only arrived in the Philippines two weeks earlier, and as his air forces were growing by the day, the mission to Australia was important. It helped develop American and Australian defense ties at an urgent time, which proved critical to the outcome of the war in the Pacific first in stemming the Imperial Japanese tide, and then in reversing it. 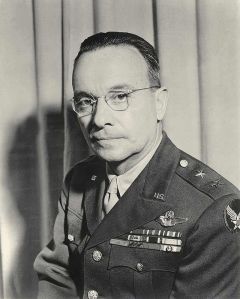 The aircraft he flew aboard for this secret mission, 40-3067, survived the 8 Deceber disaster of airpower in the Philippines, and would participate in the difficult days of the Philippine campaign of 1941-1942. According to a discussion threat excerpt from the Pacific Wrecks website mentioned some of its activity in this time: “40-3067 was to fly the 14 December mission under Lt. Coats to Legaspi but aborted and flew into Batchelor with 40-3062, 3072, 3074, 3064 and 3070 on 17 December 1941. It then flew the 22 December mission to the Gulf of Davao again under Coats.”

Unfortunately, like most of the Far East Air Force, 40-3067 suffered a tragic fate when on 28 January 1942 it crashed on takeoff from Batchelor Field, N. T., Australia, and was damaged beyond repair. One Airman was killed in the mishap, 2nd Lt. Franklin K. McAllister.